Funny thing about the opening episode is, for as much talent as Bellri shows in holding off the G-Self using a mere Recten, he likely would’ve been incapacitated or killed were it not for the G-Self ceasing to respond to Aida.

There’s a reason it stopped. No one imagined this exact scenario, but there is a reason.

Now, here’s the thing: a main character getting a series of advantages, from better hardware to wild coincidences that move the plot along, is not unusual. Neither is it uncommon for the power they obtain – a robot in this case – to be a part of their inheritance in some way. Still, the ways and whys of how these advantages come to be, and the implications, are particularly interesting in G-Reco.

Swerving a bit here, it’s useful to take a look at Bellri’s known kill list. There’s something of a pattern:

Cahill of the Pirate Corps/Amerian Army
Dellensen of the Capital Army, formerly Capital Guard
Kia of the Venus Globe Gang/G-IT Corps (albeit offed indirectly)
Rockpie of the Dorette Fleet, from Towasanga 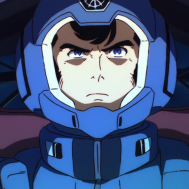 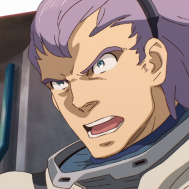 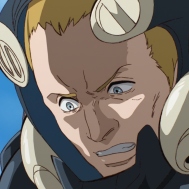 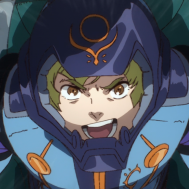 They’re all, more or less, the Bellri-equivalents of their respective sides. Their leadership roles and robot quality vary (Cahill is the odd man out with his grunt suit), but they’re all young up and coming aces, driving forces for their causes. Speaking of which, they also have some strong beliefs in what it is they’re doing, unlike Bellri. Some of them are perhaps more zealous than others, but, basically, they’re good boys who care about their people. It’s not hard to imagine them getting along. After finetuning the G-Self at one point, Happa remarks that the original restrictions set by the Rayhunton Code prove the G-Self is a system designed to keep Bellri and Aida safe, and he should be grateful to have such fine ancestors. The code is, among other things, the reason G-Self stopped and prevented them from killing each other before. It’s thanks to their parents, and to the wider Rayhunton lineage, which had access to this kind of technology. And it got to them through those loyal to that family, despite their parents no longer being around.

There end up being a whole host of benefits deriving from this access. There’s the help of those family friends. The compatibility with the various backpacks G-Self uses throughout the show. The Rayhunton Code itself ends up activating the Crescent Ship, due to just happening to be the right kind of technology. And, again, the fact that Bellri and Aida can reunite despite living in different circumstances. These are mostly coincidences, and were certainly not guaranteed or always predicted – but either way, none of it would have been possible at all if not for their heritage.

It’s a heritage that guided Bellri to the G-Self and protects him. And it is at the expense of others, as the G-Self’s protection also means being really effective at killing anyone who appears before him. 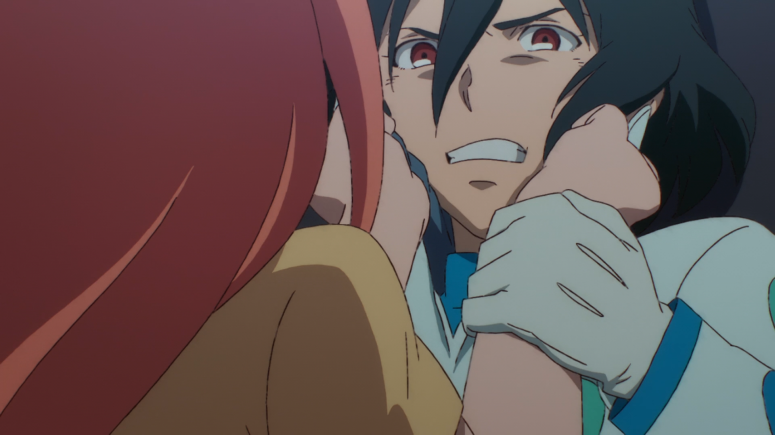 Before knowing their relation, Bellri sticks to Aida’s side in part because he feels he owes her after he ended up killing Cahill, who was precious to her. In a sick way, there’s that family heritage, the G-Self’s ability to kill, keeping them together.

So it’s not all good, clearly – their family history is why they ended up without their birth parents and separated to begin with, due to the infighting with the Dorette family. Aida makes it clear to those family friends that as nice as it is that it brought them together, it is what made Bellri a killer, and what took Cahill away from her.

A fairly infamous aspect of G-Reco is all the different backpack upgrades the G-Self gets, in a short amount of time, usually on a one-off basis – it almost seems like it’ll be a backpack-of-the-week show for a while. These are the options afforded to Bellri thanks to his access to the G-Self, which he gets to try out, from the hulking long distance Assault Pack to the weird systems interference gimmicks of the Tricky Pack.

The Perfect Pack towards the end of the show essentially gives him all these options at once, and then some – now, after all his experiences, he gets to pick and choose which specific aspects he wants to use at any given time. This includes the new Photon Torpedoes, which prove to be particularly effective.

To Bellri’s horror, even at the lowest setting, the Photon Torpedoes absolutely, indiscriminately, quickly make waste of everything they touch. It is more apparent than ever that what he’s got here is nothing short of a weapon of mass destruction. 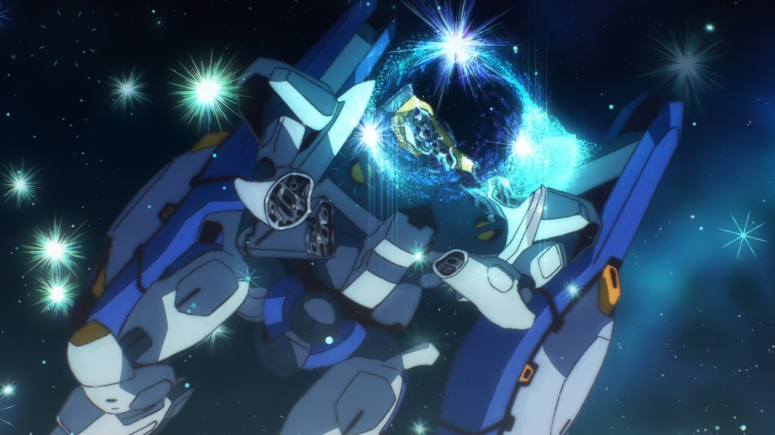 There is no doubt that he can absolutely win every fight with this thing. With this kind of power, he can kill his enemies every time, if he wants.

It’s not Bellri’s fault he was born into the family he was. And it’s not entirely his fault each of those other boys were killed the way they were…although whether he was forced to pull the trigger or ended up forcing an error on their part, the burden is still on him. Either way, they are dead, and he is not, the one with all these great options, and he’s the one who gets to move on.

In the end, he goes out of his way to not kill Mask, another good boy trying to do right by his people. He manages to succeed, but this time, at the expense of the G-Self.

“Rayhunton!” – he abandons it in the Core Fighter, sacrificing a part of his family’s legacy. He got to be the boy that moved on thanks in part to an intangible past, one that bequeathed him with so many advantages they seemed to just keep stacking on top of each other. It got him through this whole mess, but not without leaving him with a more tangible immediate past of running over the other boys. He had options they didn’t, and now that he gets a clear choice, he’d rather abandon his protection than keep repeating that.

It’s nice for him things worked out in such a way that he could afford to do so, of course. Still, he had the opportunity to go either way here, and he recognized that. This is the wrinkle he chose to add to the family legacy, determining where the next part begins.

All that said, we’re leaving out another boy, who also benefited from these advantages. Funny thing about Klim the Genius Boy: We hear much about how great a pilot he is, who did whatever-the-heck as far as we know in the Gondowan conflict and who here we see beating up on inexperienced soldiers thrown out by wannabe armies. But he has a hard time against the likes of Dellenson, and Mask, and Rockpie…all of whom are kept out of his way by, guess who, Bellri. Later he doesn’t have to deal with Kia at all, and faces down the remaining G-IT Corps with G-IT Laboratory mobile suits…thanks to the friends of Bellri’s family.

Maybe he’d fair a bit better if he had access to G-Self, uh, himself, but he doesn’t, a point of frustration for him. Still, he gains much from Bellri being on his side, while still yammering on about how great he is and never once showing an ounce of humility. He never really lost anything, and the losses of others don’t register for him.

He does see how he was a pawn in his own father’s game, making a big show of razzing the old man with his new friends’ fancy moon ship. How much has he really learned from any of this, though? It’s not apparent, and no judgment is passed on him.